Why Do Motorcycle Accidents Occur?

Why Do Motorcycle Accidents Occur?

In many states, winter marks a time when motorcycle accidents decrease, as poor weather discourages cyclists from going on roads. This is not the case in Florida.

According to the NHTSA’s Fatality Analysis Reporting System, 396 motorcyclists died in Florida in 2010. Because motorcycles offer fewer protections than other vehicles on the road, motorcyclists are 27 times more likely to die in a vehicle accident than people riding in automobiles are.

Sadly, many motorcycle accidents are the result of other drivers on the road. A study by the Motorcycle Safety Foundation found that “historically, approximately two-thirds of all car/motorcycle crashes have been caused by the car driver.”

Motorists can take steps to avoid crashing into motorcyclists. These include:

Sadly, on December 20, an Orlando man was killed in a Lake County motorcycle accident.

According to the Orlando Sentinel, Jason Davis, 31, was driving a motorcycle east on State Road 44 when the driver of another vehicle turned left in a pickup truck with a trailer in tow in front of him. Davis crashed into the trailer. He was pronounced dead at the scene of the crash.

Can I Speak to an Attorney About a Motorcycle Accident?

If your loved one dies in a motorcycle accident, you need to make sure that the crash is investigated by an attorney. Sadly, there are many unsafe drivers on Florida roads, who fail to respect motorcyclists.

If you have been seriously injured in a motorcycle accident or have lost a loved one, our attorneys are here to assist you. Dangerous drivers must be held liable for their actions.

Did You Know? Protective clothing, like gloves, jackets and pants, can help reduce motorcycle accident injuries.

It appears that at least 74 people have died in what must be one of the most horrendous auto manufacturing defects in this brief decade. Less than... 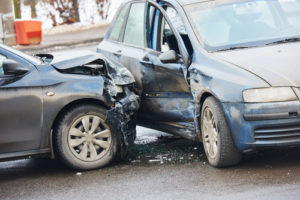