x
Home / Hotel and Theme Park Accidents / How Many Theme Park Injuries Were Reported in...

How Many Theme Park Injuries Were Reported in Orlando in Last Quarter of 2015?

Posted February 8, 2016 | by adm_mcgroup | in Hotel and Theme Park Accidents

How Many Theme Park Injuries Were Reported in Orlando in Last Quarter of 2015?

The parks submit the quarterly reports as part of an agreement struck with Florida state government in order to avoid being subjected to public ride-safety regulation. Per the agreement, the theme parks must include in their reports any incidents on their rides that result in immediate hospital stays of more than 24 hours.

According to Disney, most of the accidents on their report happened in the Magic Kingdom section of the park. Some of the incidents reported include:

Similar incidents were reported at Universal, including:

There were a number of minor injuries incurred at SeaWorld last year, but only one was reported as the result of a ride and warranted an immediate stay in the hospital for more than 24 hours. A woman began having violent seizures while riding the Manta roller coaster.

The theme park’s number one priority should always be the safety of you and every other guest. When a patron suffers injury or illness as a result of one of the park’s various rides, the park should be held responsible. Otherwise, the problem may go unfixed and cause more injuries.

Summer theme park vacations are the light at the end of the tunnel for kids and parents alike. Everybody goes to school or work every day looking...

Orlando, a hotbed for tourism, has many theme parks attracting millions of visitors. Some of these destinations include Walt Disney World Resort... 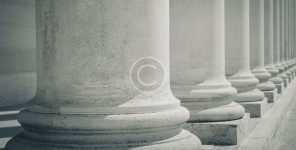