x
Home / Hotel and Theme Park Accidents / Could I Get Hurt at Disney World?

Posted February 2, 2015 | by adm_mcgroup | in Hotel and Theme Park Accidents

As we reported last week in our blog, in 2011 alone, more than 1,400 people were injured in amusement park ride accidents in the U.S.

Unfortunately, many theme park injuries occur in Florida, where there are destinations like Walt Disney World Resort and Universal Orlando Resort. Last week, the Orlando Sentinel had an interesting report about death and injury incidents from the previous year at these resorts.

Florida’s Bureau of Fair Rides releases reports each quarter about theme park accidents. Aside from the deaths, Disney reported nine other incidents at its resorts.

According to the Sentinel:

Speaking to an Injury Attorney About a Theme Park Accident

Remember, our law firm represents victims of theme park accidents. These include cases where a person is involved in slip and fall accidents while entering or exiting a ride, or incidents where someone experiences broken bones because of a ride’s rough trip.

For more information about our firm and how we may be able to help you, review our verdicts and settlements page.

Orlando, a hotbed for tourism, has many theme parks attracting millions of visitors. Some of these destinations include Walt Disney World Resort...

Celebrate the Fourth of July Safely

Fourth of July weekend is almost here and many people will be spending their weekend celebrating the occasion with family and friends. The... 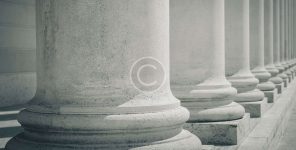